We already have available the download of Windows 11 Build 22000.526 (KB5010414) , the latest test version of the operating system. Among its novelties, a significant number of corrections that improve stability stand out.

Version 22000.526 arrives within the Windows Insider testing program, to the Beta and Release Preview channels . That is, those that are more stable and closer to the final version, which suggests that it will soon be released for all users.

Remember that it is possible to install Windows 11 on unsupported computers, so those who are still on Windows 10 can upgrade if they wish.

The new version Windows 11 Build 22000.526 already points to the final update outside the testing program, so the news is not very flashy, but rather polishes the overall experience.

In Windows 11 Build 22000.526 various details of the system have been retouched that did not work quite well. Many are specific aspects that most users will not notice, but it is important to know them to identify possible “bugs” (errors).

We have already explained how to download the Windows 11 ISO, but to access the test version we will have to do it through the Insider program. In the following link we can do it: 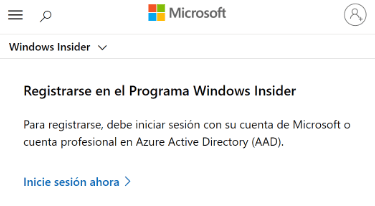 Another option is to join through the system’s own settings in this menu:

To receive Build 22000.526 we have to sign up for the Beta channel (standard tests) or Release Preview (almost final versions), and we will receive new updates as they become available.

In short, what’s new in Windows 11 Build 22000.526 is stability oriented , it’s worth downloading if you’re already part of the Insider program, but the improvements in this update should roll out to everyone soon.