Are you one of those users who send large files (more than 50 MB) through WhatsApp? Well, the most used messaging app in the world is preparing a function that will allow you to know how long it takes for the file to be uploaded completely .

Thanks to the information that the WABetainfo website has leaked, it has been possible to know how this new feature will work, which will inform the user how long it will take for a file to be uploaded to the WhatsApp servers. 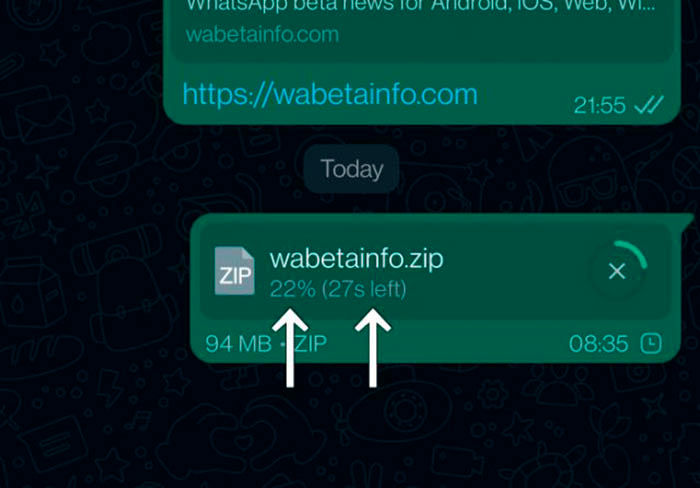 Since it was discovered that WhatsApp already allowed you to send files of up to 2 GB, several experts on the subject argued that the messaging app still lacked a function that shows how much time was left before a file was uploaded.

Despite the fact that this feature was necessary for several years , WhatsApp still did not include it, why? We do not know. Luckily, the latest version of WhatsApp Beta confirms the rollout of this feature in only one country (for now).

When will this feature be coming to everyone?

Like the function that allows you to change the language of WhatsApp from the app settings, this in question will be gradually rolled out throughout the world, what does this mean? Well , it will be activated in various countries as time goes by .

If you want to try it before anyone else, we recommend you download WhatsApp Beta. This version will give you the possibility of knowing how long it takes for your files to be uploaded to the servers of the most used mobile messaging app.