WhatsApp is working to show the photos in the message notifications , so that the user can see next to the message the profile image that that contact has, something that until now is not possible to view on iOS.

Only some testers of the beta version of WhatsApp for iOS have been able to see this functionality since it is more of a visual theme than anything else. When a WhatsApp message arrives, you can see the notification appear on the locked screen.

So far everything normal, the novelty is that this message will now be accompanied by the profile photos that the person sending the message in question has, so that it will appear on the left side, so you can more quickly locate who it is. 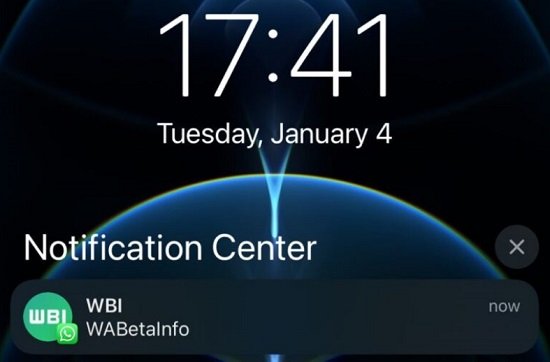 Now you probably have to read the name to know who a certain message comes from, but with the possibility of seeing the photo, that query will be made faster on the iPhone. According to WABetaInfo, it has only been seen on iOS 15.

Sometimes we have seen how WhatsApp launches functionalities first in its version for iOS, or also first for Android, but always the news always ends up arriving sooner or later on both operating systems even if they do not arrive at the same time. The truth is that in this case the fact is curious because in Android it is possible to see the photo of the contact for a long time.

There is no release date for this new WhatsApp for iOS , but it should not take long to activate and users may even begin to realize that they already have this functionality enabled in their profile if they plan to update WhatsApp soon.

As it is a novelty in beta phase, the possibility of seeing the profile photos together with the message notifications has some change or improvement when it is launched, but for that we will have to wait, what is clear is that this will be another of the WhatsApp news for 2022.