The popular WhatsApp Plus receives the first update of 2022, which puts it in version 18.90.0 and incorporates a couple of new features. This alternative client for WhatsApp has a very fast development cycle, so it receives small tweaks almost every week.

We have already delved into WhatsApp Plus 2022, a HeyMods project that is perhaps the most popular of the WhatsApp mods for Android today. It offers us many more functions than the official version: greater privacy, extensive customization possibilities and avoids much of the limits of the original WhatsApp.

In WhatsApp Plus 18.90.0 we find a new filter for WhatsApp States , a little extra that will be well received by those who use them. Although Instagram filters for Stories are much more used, there is also a significant percentage of users who upload States regularly. 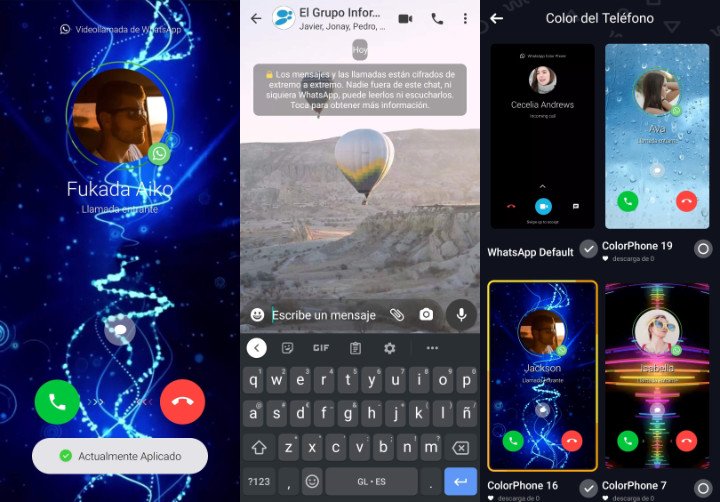 On the other hand, several bugs are fixed, something important to polish the experience. This update is based on official WhatsApp 2.21.19.21, which is also relevant, since an official version is necessary to access the service.

At the moment we do not know when the name will be officially changed to WhatsApp Plus 2022 , as this update was actually launched on December 30, although users began to receive it mostly in January 2022.

Those who already use this alternative client can easily update WhatsApp Plus, on the other hand, those who want to try it for the first time have to follow the steps to install an APK external to Google Play on Android, since the official store does not support mods.

Remember that the use of unofficial applications involves a small risk of WhatsApp blocking accounts temporarily or even permanently. The current policy is that it does not authorize the use of third-party software, although in practice it has been tolerating third-party developers for quite some time.

WhatsApp Plus 2022 is worth giving a try, its many options are overwhelming at first, but after a few weeks of use we will be able to take advantage of a tool that takes WhatsApp to a much higher level.