There is a mobile that since yesterday is causing a sensation on social networks. To tell the truth, it is a render video in which a supposed Vivo mobile is shown. Why is this device a crazy idea? The render reveals that it includes a small drone inside . Yes, yes, you read that right, a drone with 4 propellers that you can take out and fly. To top it off, this little drone has a 200 MP camera to record you from a distance and take photos.

Is it feasible to launch a mobile with a drone inside? 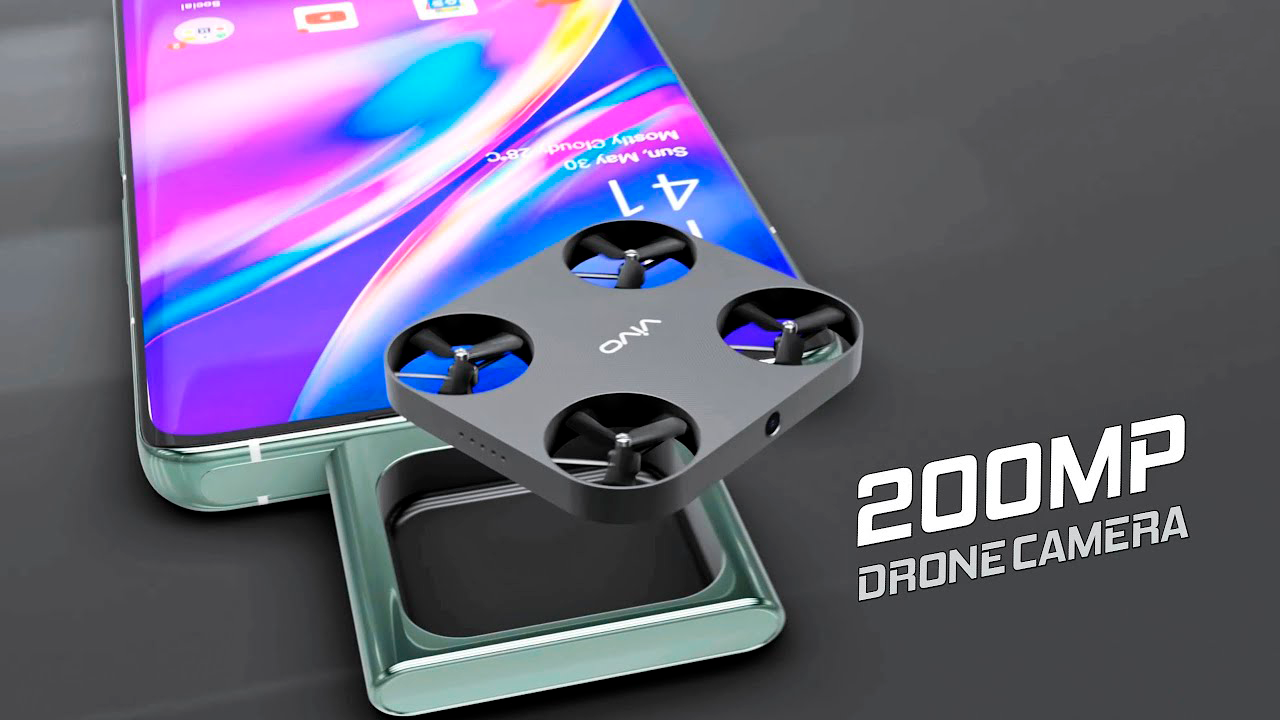 We do not know if Vivo is seriously considering launching this smartphone on the market , but our attention, and everyone’s, already has it. The video shows a common device with an opening at the top. This mechanism hides a small drone of minuscule dimensions.

The first smartphone concept with a built-in camera drone by Vivo. pic.twitter.com/UnYzWiehKj

The drone, of course, has the ability to fly thanks to its 4 propellers. It has a flattened design that is not usually seen in this type of device and a small camera that promises to be 200 MP. It probably has the necessary capabilities to record in 4K .

The idea is interesting: you take out the drone, you put it to fly and it makes a video following you or takes pictures of you from a distance . The bad news is that technology limits this project to some extent.

A drone of such small dimensions can only be flown indoors, that is, without wind . Being such a small device, it would hardly have the capacity to maintain a stable flight outdoors. It also doesn’t seem to have much space for antennas, battery and camera, so live streaming 4K video, or even FullHD, gets complicated.

Taking a look at the video, this drone would have dimensions of about 3×3 centimeters and a thickness of about 5-6 millimeters. These dimensions are, at the moment, the main drawback of this project.

What we cannot deny is that it is an interesting idea that many users would buy if it were real and offered a good experience. In our opinion, there is a long way to go to see something like this, if we do see it…