One UI 5.0 is a reality. A few weeks ago Samsung released the first test of its new customization layer for some Galaxy S22. A small number of users can already try One UI 5.0 , a layer based on Android 13 with new features and design. Today we have very interesting news about what changes are being implemented with the update. One of them you might not like too much if you are a Samsung user.

All the changes are not yet known and there is time for changes until the layer is completely official. This means that Samsung could invest everything it has done to stay on track. 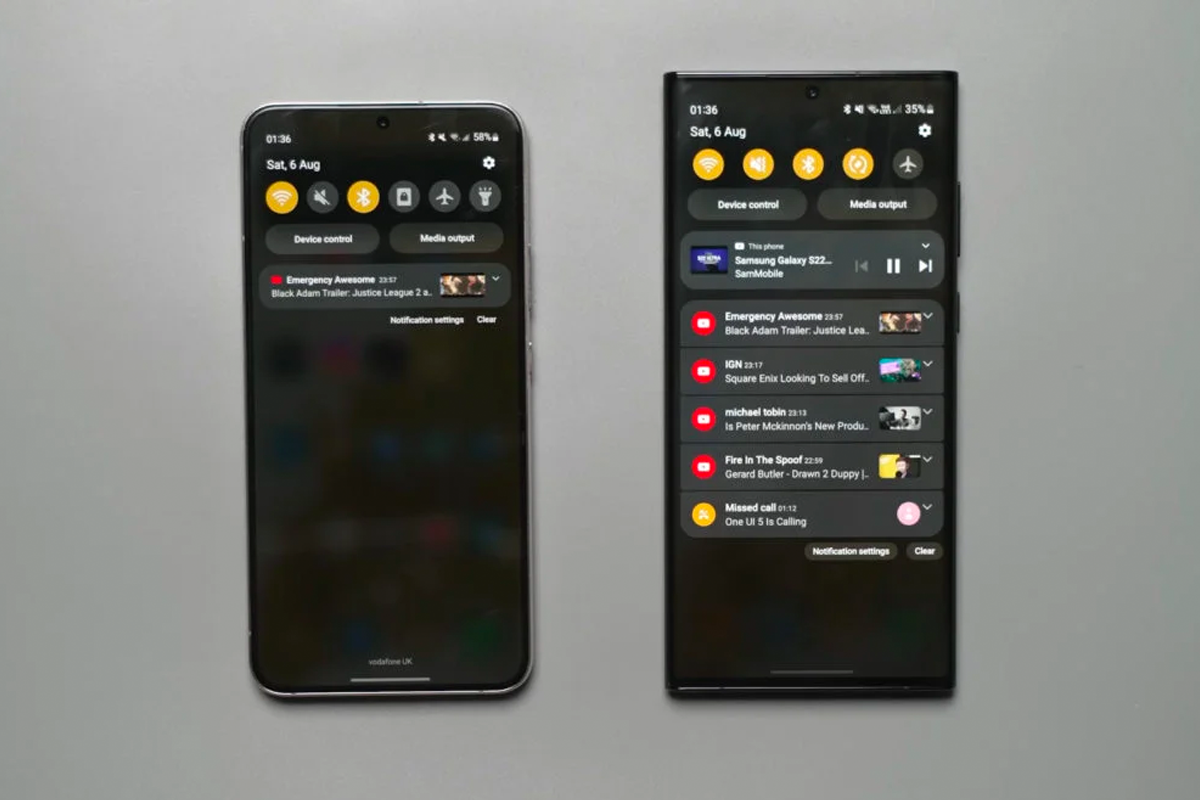 For years when you display the notification bar on a Samsung mobile you see 6 quick settings icons . These allow you to change the configuration of certain sections with a single click. See WiFi, Bluetooth, GPS or mobile data.

There have always been 6 icons tied to 6 quick settings . With One UI 5.0 there are important changes and these top icons become 5. This is the number that Google has, for example, in Android Stock .

The icons remain the same size and are now simply further apart, giving the feeling of emptiness. If you are used to the interface with 6 settings, this change is worse for you, since there is no improvement in the interface, it simply reduces the number of options.

The icon that has been removed from the top is the flashlight icon. When you want to activate it you will have to perform more steps than normal. That is, a step back that comes from an update.

This is what the official version of One UI 5.0 reflects, the customization layer based on Android 13 that should reach a large part of the Samsung catalog between 2022 and 2023 . Do you like change? Do you think he has some ulterior motive?