What is the most purchased smartphone in our country? The answer to this question may surprise you. Why do we say it? Well, because the mobile that has the best sales in Spain is the Samsung Galaxy A12 . That’s right, this achievement is not taken by the iPhone 13, the Xiaomi Mi 11, the S21 Ultra and the popular Poco F3.

But, what is the reason that a low-end mobile like the Galaxy A12 managed to do this? Stay on the web and discover all the details of this topic .

The Galaxy A12 is the smartphone that Spaniards buy the most 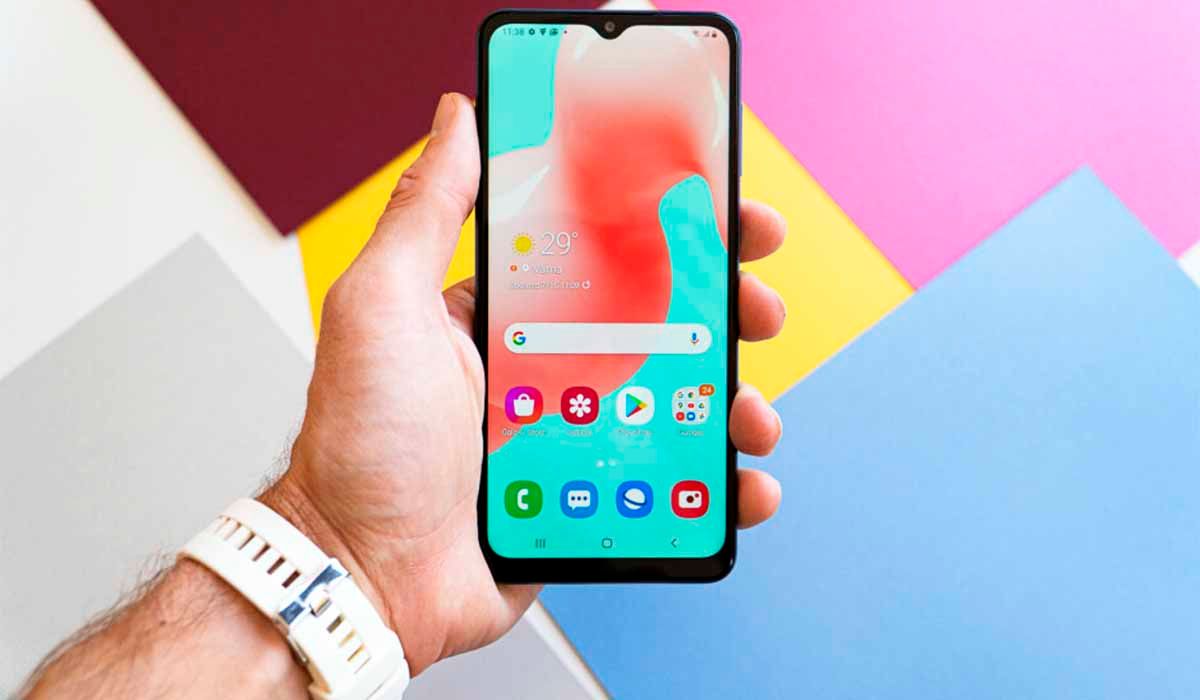 Canalys reported this on their blog . This company has been studying the mobile market in Spain for a long time. Specifically, Canalys experts did the following :

Next you will see in detail the data that Canalys revealed about the mobile sector in our country . 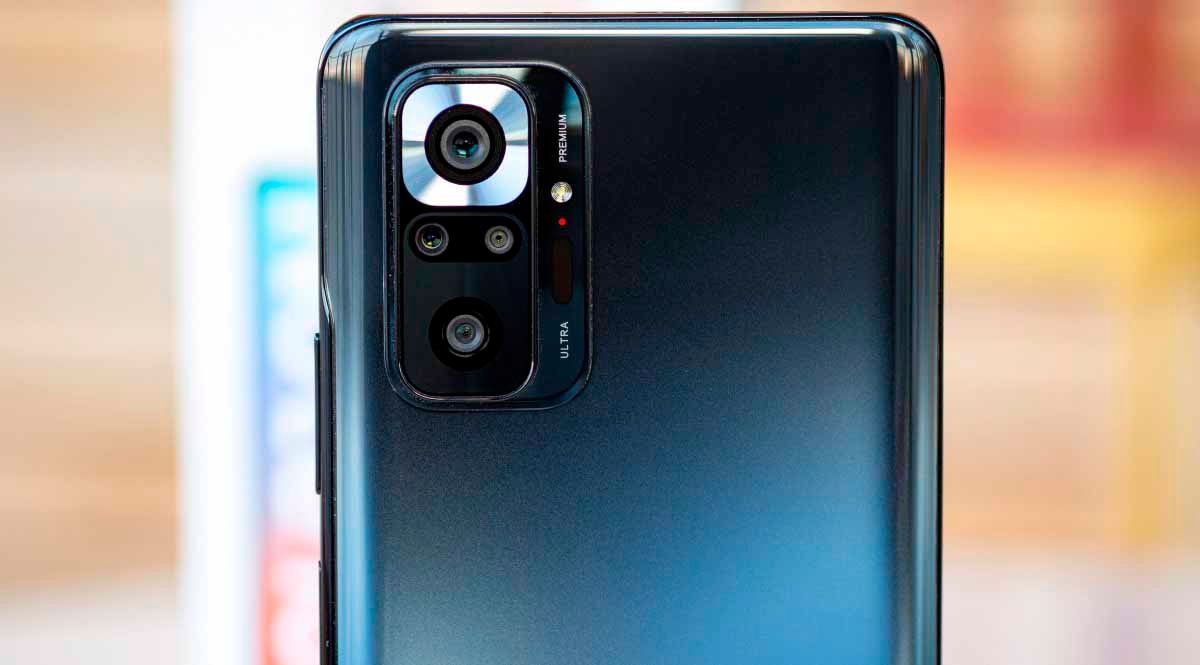 The smartphones that had the best demand in the country in the third quarter of 2021 were the following: 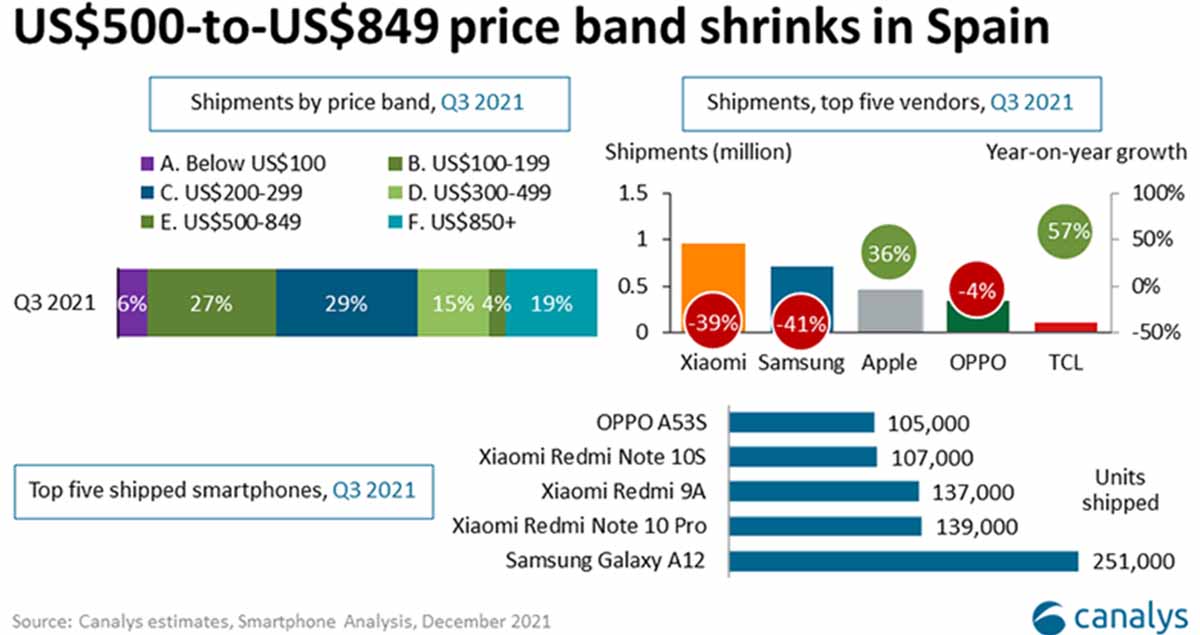 Now, why are these mobiles selling so well? The following 2 sections will explain it to you . 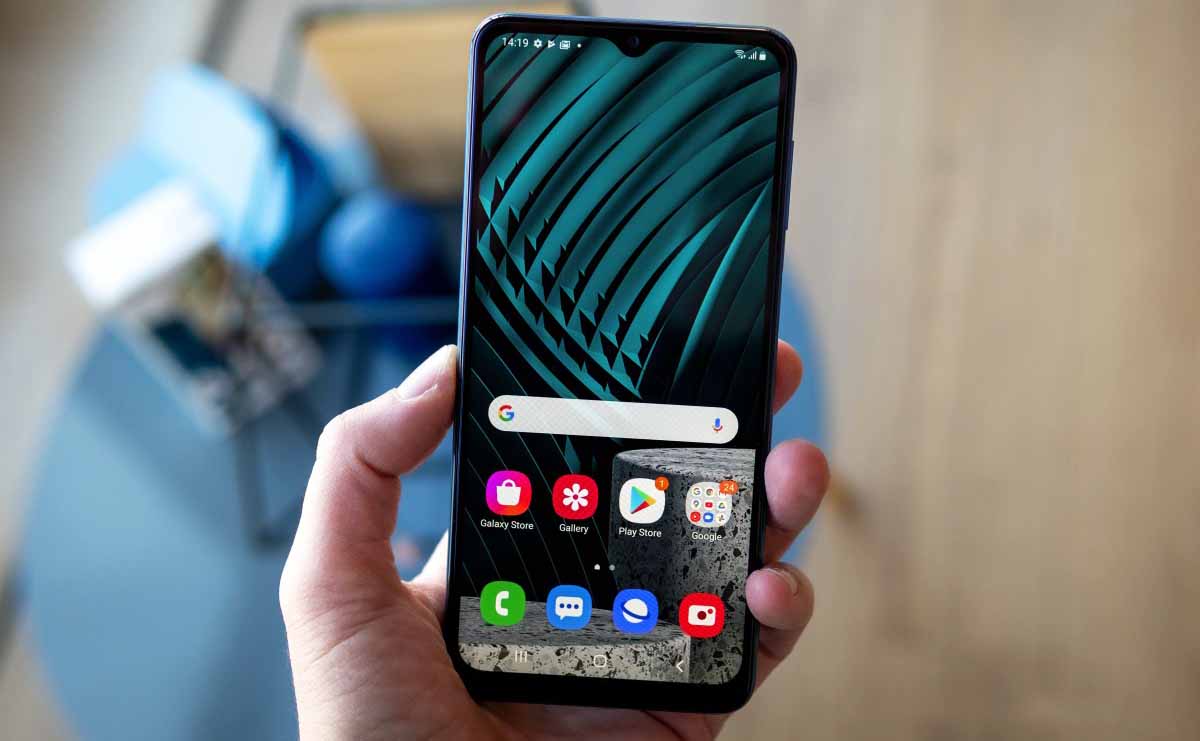 In summary, they are as follows : 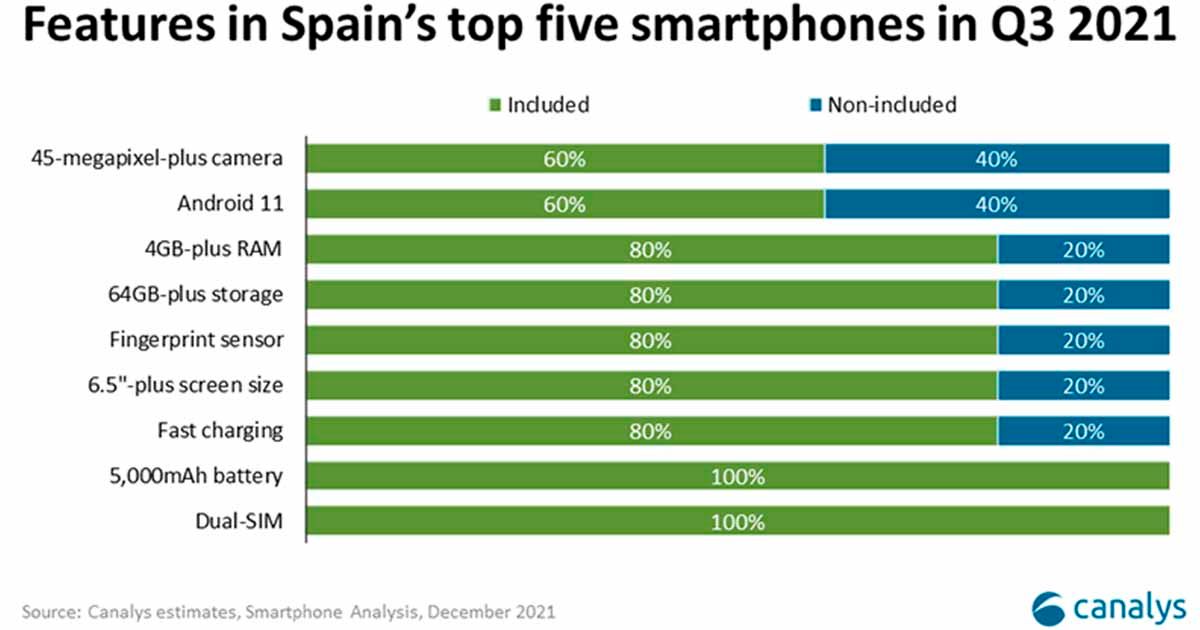 In turn, all this shows that there are 2 characteristics that are not very important for the majority of the Spanish market:

Mobile phones in this price range are better sold in Spain 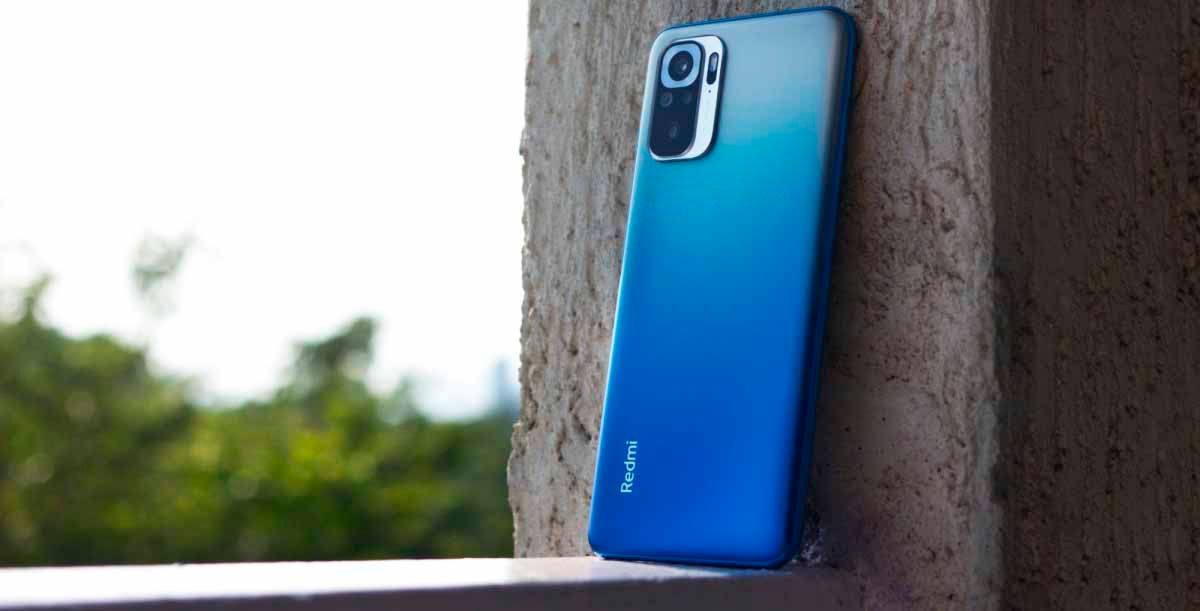 The smartphones that are bought the most are those that have a price that is between € 80 and € 450 . These mobiles take 56% of total sales in Spain.

Therefore, in the country there are from tight budgets to purchases where people spend almost € 500 on a mobile. That is why the entry range, the low-mid range and the mid-range with some premium specifications are key in the Spanish market. 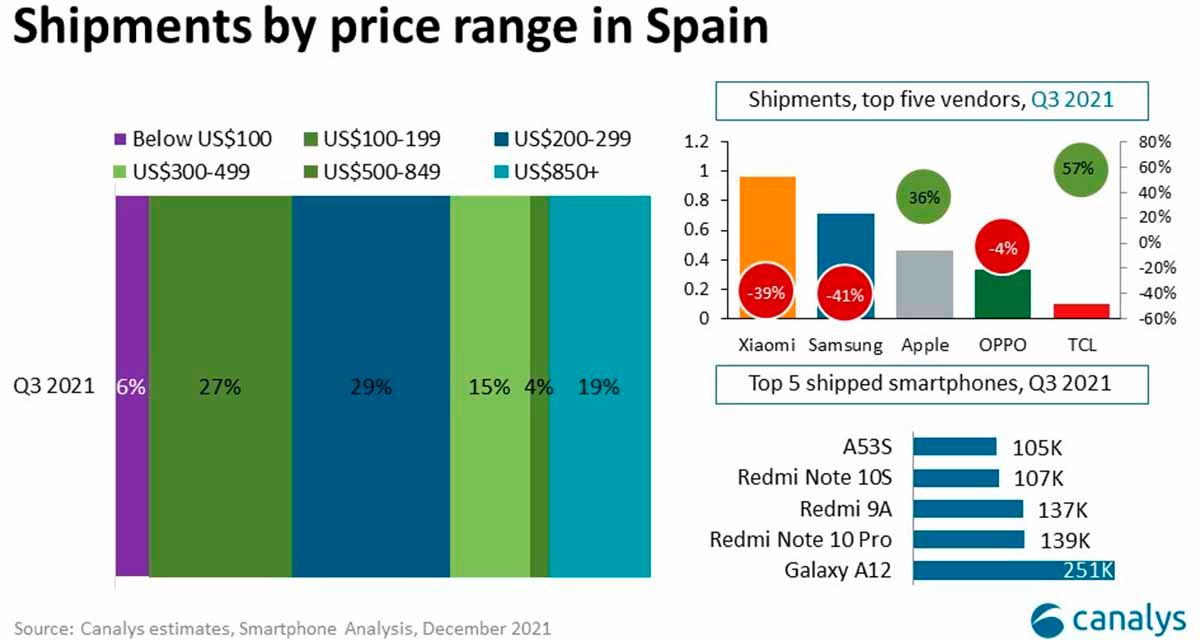 This also causes cheap and good value phones from Redmi, Samsung and OPPO to have many sales in Spain . All these mobiles comply with the basics and do not have a very high cost.

Although another data from Canalys can also be highlighted. And it is that around 19% of Spaniards buy mobiles with a price above € 750 . That is, almost 2 out of 10 people buy the flagships of the main brands (such as the OnePlus 9 and 9 Pro, the most premium Xiaomi, Samsung’s S21 series and, of course, the iPhone 13).

There is a notable dominance of Apple in the higher price range . Specifically, iPhones take 69% of the sales of expensive high-end mobiles.

The brands that are beginning to grow in Spain 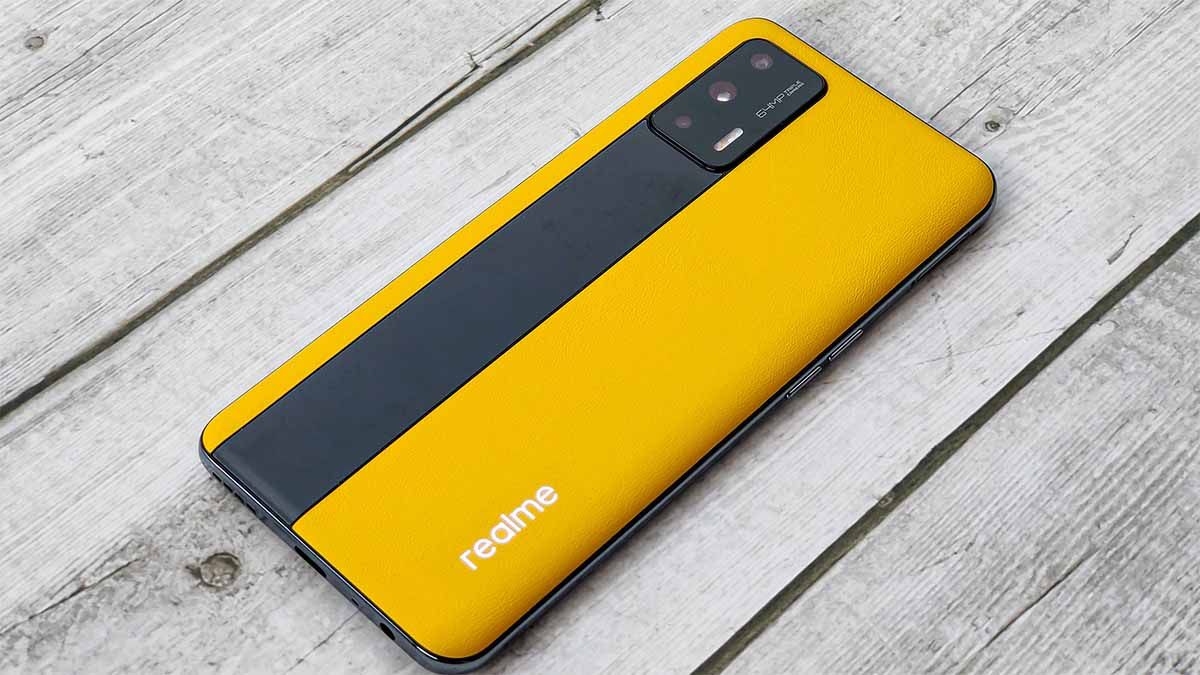 Canalys also showed in another article the companies that are gradually improving their sales . These brands are:

Without a doubt, there is more competition than ever to dominate the mobile market in Spain . Brands must put all the meat on the grill if they want to continue growing and achieving good sales.

This also benefits you , since now you can find a lot of options and brands of smartphones in all ranges.

And you, what do you think of this topic? Tell us in the comments.