Since the end of last year, there was a rumor that WhatsApp was working on a feature called Communities and this was recently confirmed. A few days ago, WABetaInfo leaked the first image of what this new feature will be and with it, the WhatsApp team was forced to officially reveal the arrival of “Communities” on WhatsApp .

Through a statement published on its blog , WhatsApp has shared its vision of what the Communities will be. In addition, he has provided some details of the features and tools that will come with the Communities . You want to know more? Well, stay with us and we’ll tell you right away what you should know about this feature.

WhatsApp explains how the “Communities” will be

WhatsApp Communities is a function that will allow you to create a general chat group made up of small subgroups . The latter are the WhatsApp groups that we have known all our lives. So… What is the attraction of the Communities? Well, it ‘s a tool that allows you to have a large number of groups in an organized and structured way . In fact, WhatsApp claims that this new feature is specially designed to manage schools, institutions, clubs and any other type of organization.

For example, the director of a university can use a WhatsApp Community to manage it, and within it create specific groups for the different departments of the institution. In this way, you will have the possibility to send a general announcement for the whole university or to have a conversation with a particular class.

Likewise, with the arrival of the WhatsApp Communities, new features will also be released that will enhance this new function: 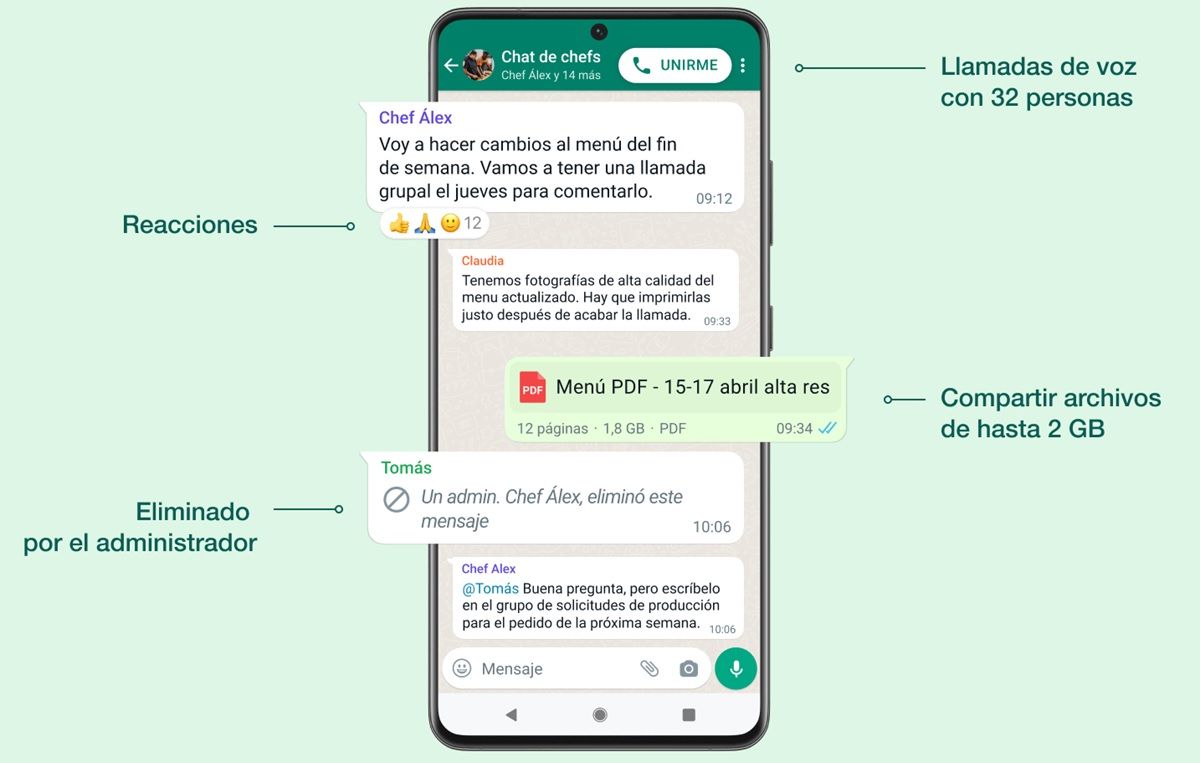 When will “Communities” come to WhatsApp?

For now, WhatsApp has not revealed the official date on which the Communities will arrive on the platform . However, Mark Zuckerberg teased in a Facebook post that this new feature will slowly begin to arrive, with users of the beta version of the app likely to try it out first. We will keep you informed of any new information that emerges about this long-awaited feature.