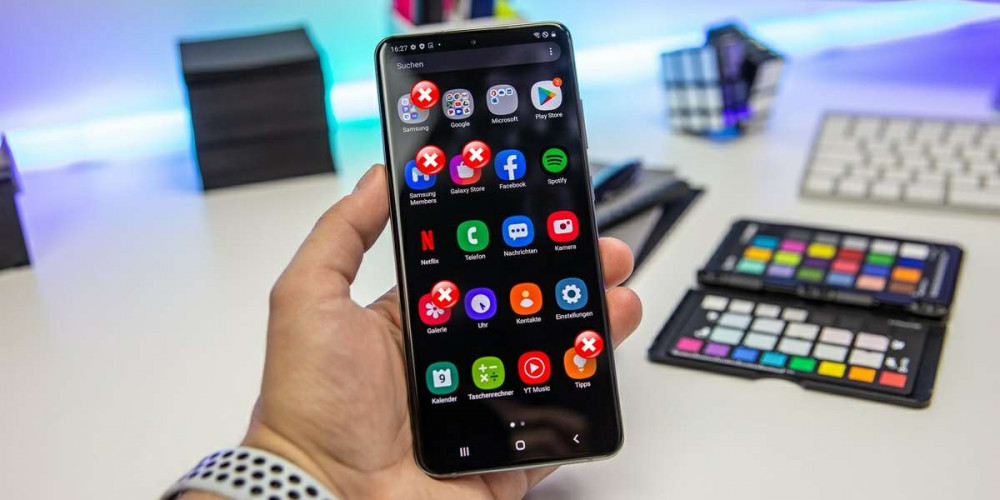 Bloatware, or all that set of unnecessary applications and services that manufacturers install on mobile phones, is a problem that Android users have to deal with. Normally, these apps do not offer anything really useful or that another application on the market no longer does in a better way . And unfortunately, bloatware cannot be easily uninstalled, although it is now possible to “remove” it with relatively simple procedures. Before, to completely get rid of bloatware you had to be a root user, but currently there are already alternatives for non-root users.

If you do not have root on your mobile, surely you have already heard about the ADB method to remove pre-installed applications from your Android. But if you don’t want to go through the whole process of using ADB commands manually, XDA member “w1nst0n_fr” has created a tool that will allow you to uninstall bloatware from your Android more easily and safely . The tool in question is called Universal Android Debloater and we will show you how to use it step by step right away. 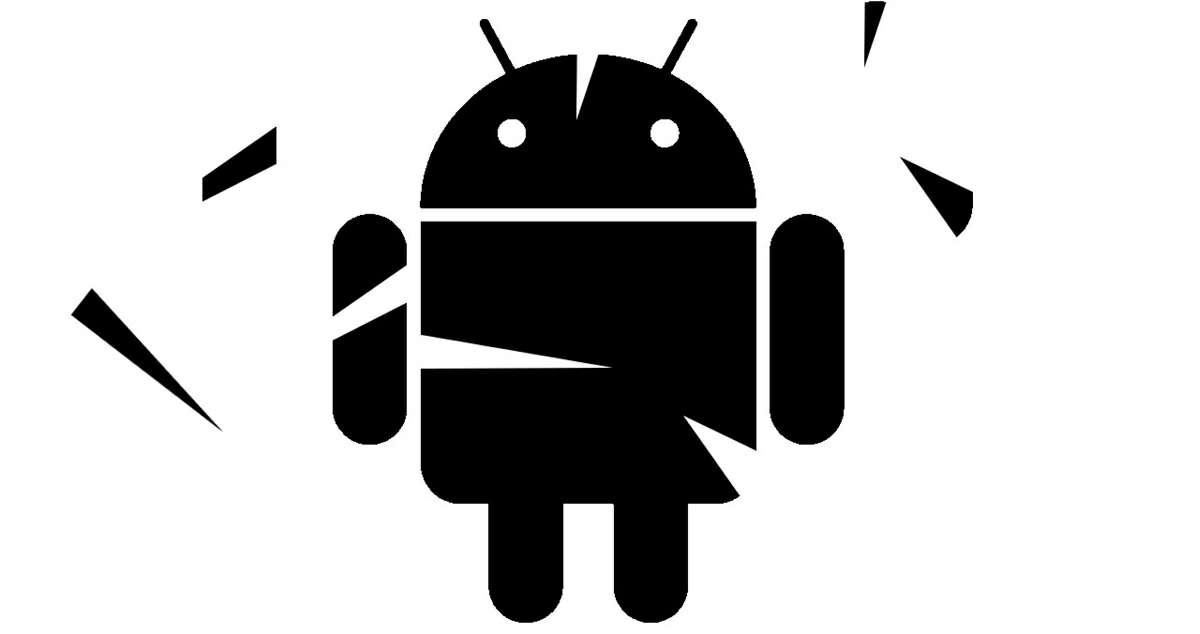 Universal Android Debloater is actually a script that works with predefined lists of unwanted or relatively useless applications from manufacturers and mobile operators around the world (United States, Germany and France, for now). When executing this script in a terminal, you only have to indicate the brand of your mobile phone or the operator and it will take care of deleting all the applications and services that in its database (lists) are considered bloatware.

This script is natively compatible with Linux and macOS, but not with Windows. In case you use Windows 10 and you want to follow this tutorial, you must install the Linux terminal first as we will explain below.

The only requirement to install the Unix terminal on your PC is that you use the 64-bit version of Windows 10. Do you meet this requirement? Then follow the next steps:

That’s it! Now you are ready to use the Universal Android Debloater script and uninstall the pre-installed apps from your Android with your Windows PC.

Steps to delete bloatware from your Android with Universal Android Debloater 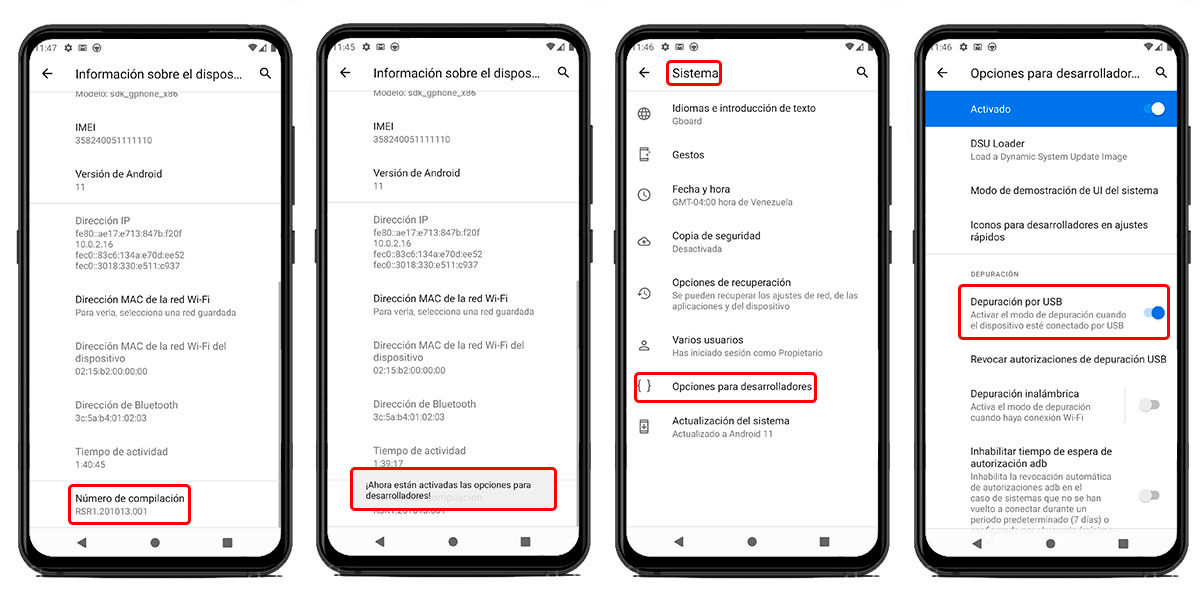 Before continuing with the next steps in this tutorial, we highly recommend making a backup of your Android. This way, you will ensure that you will not lose anything important from your mobile in case something goes wrong. You already did? Then read on to find out how to use Universal Android Debloater: 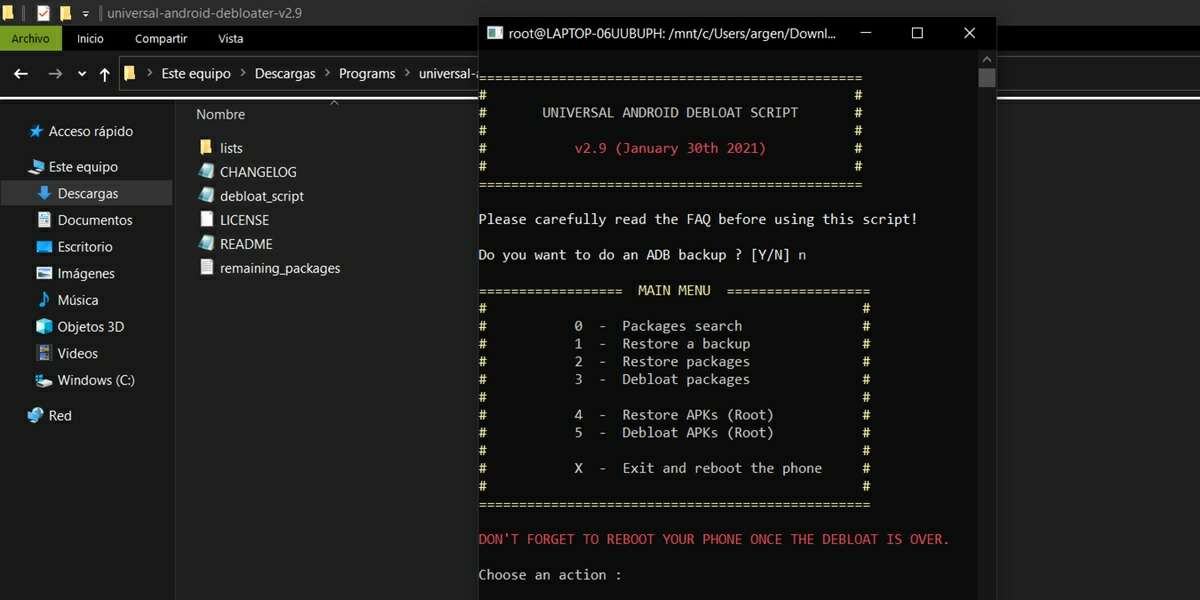 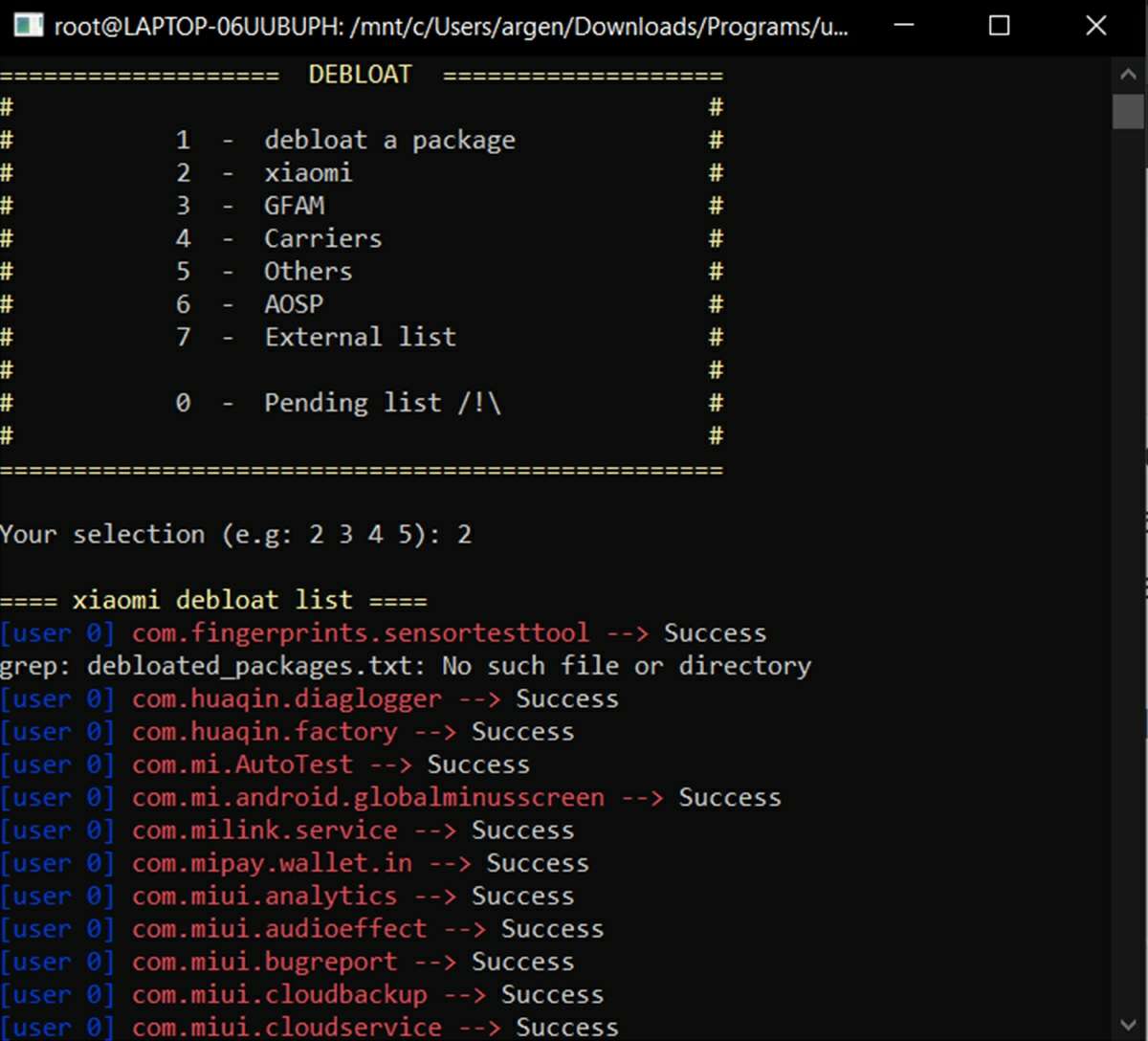 And that’s it! Your Android will finally be free of bloatware. It is true that configuring this tool in Windows is a bit confusing, but once it is up and running you will not have to follow all these steps again . You will simply have to connect any Android to your PC and run the script as we teach you here to remove all the bloatware in a matter of seconds.

5 things you should know about Universal Android Debloater 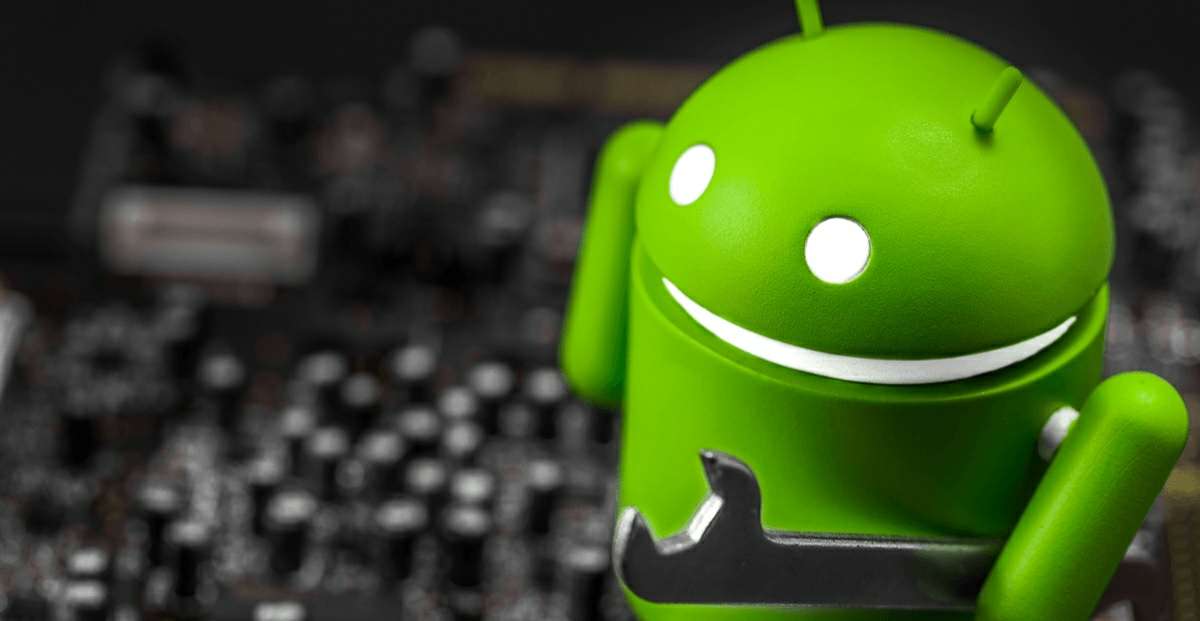 Before you go, there are several very important things we haven’t told you about Universal Android Debloater that we think will interest you. They are as follows:

Anyway, we hope that this tutorial and all this information have been useful to you. If you have any questions, leave us a comment to help you.