When voice chat rooms with apps like Clubhouse and Stereo became all the rage early last year, LinkedIn CEO Jake Poses announced that they were conducting “the first tests to create a unique connected audio experience to your professional identity .” Now, the job search platform has confirmed that this new audio feature will debut in beta later this month.

The feature will bring Clubhouse voice chat rooms to LinkedIn with moderated panel-style discussions, roundtables, and free chat . Formats will be left to the hosts. This feature is planned to be released to all users in the second quarter of the year.

This will be LinkedIn virtual events 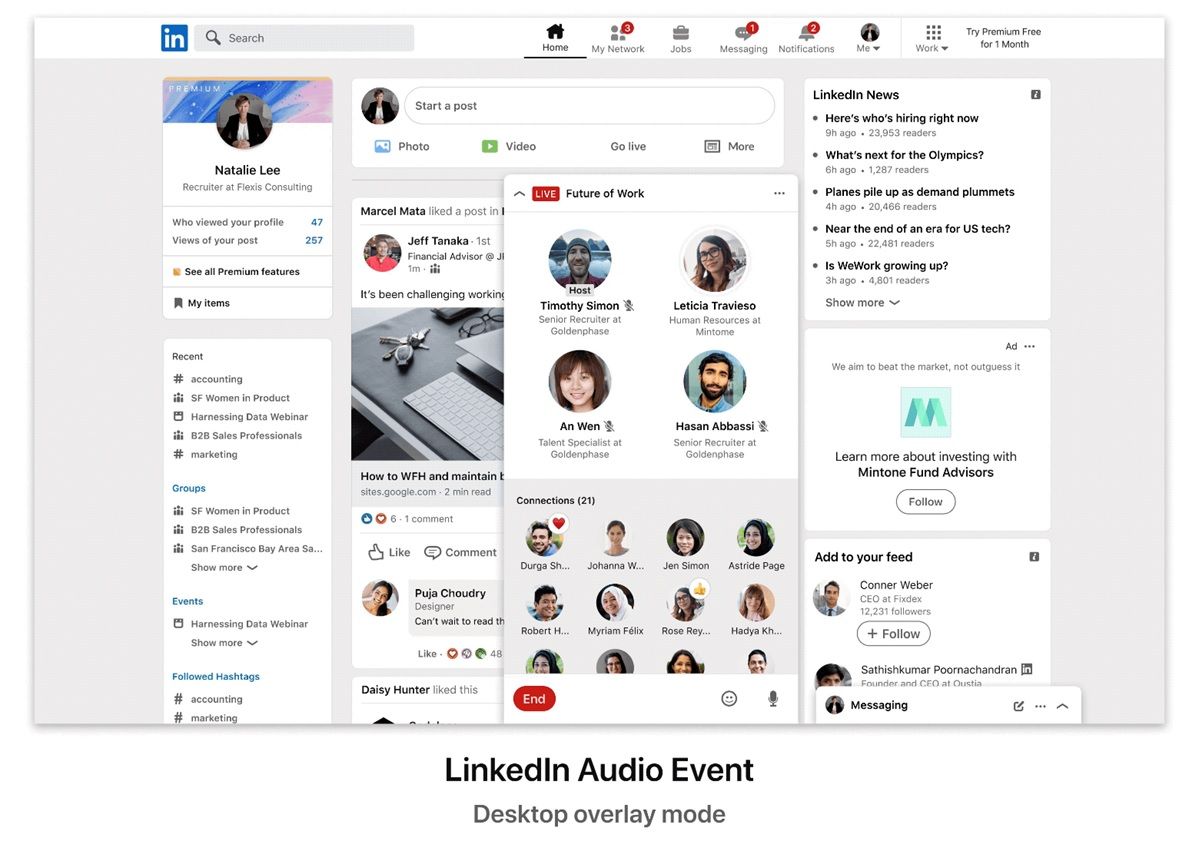 LinkedIn has actually announced three types of virtual events: audio, video, and live. All of them will allow you to interact live with other professionals. The first of these is the one that is similar to Clubhouse, because in it you will be able to chat with only audio in a room made up of up to 4 people and an audience that can contribute their comments and join the chat. 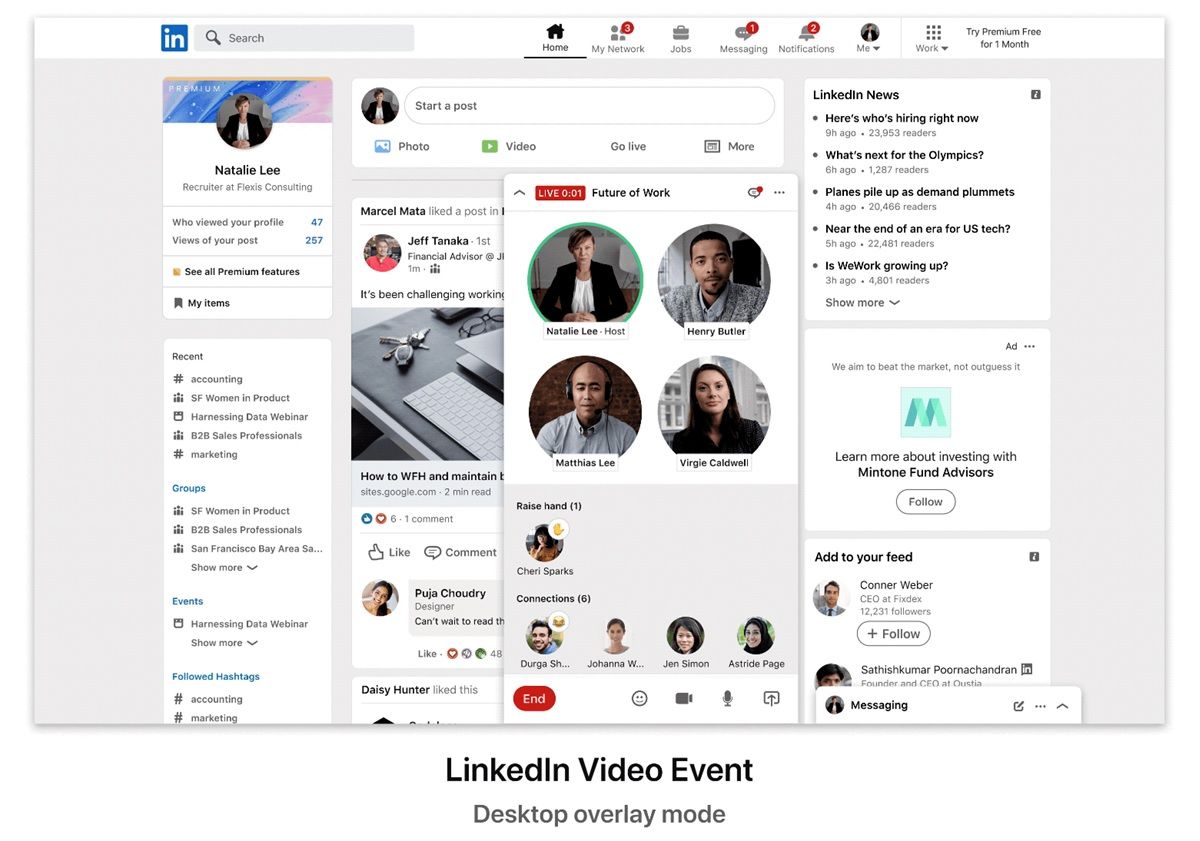 The video event is almost like a video conference of up to 4 participants with an audience that can ask to join the conversation with the “raise hand” feature. And the direct-type event is a one-person video broadcast (Twitch-like) with a live chat where people can only leave their comments. 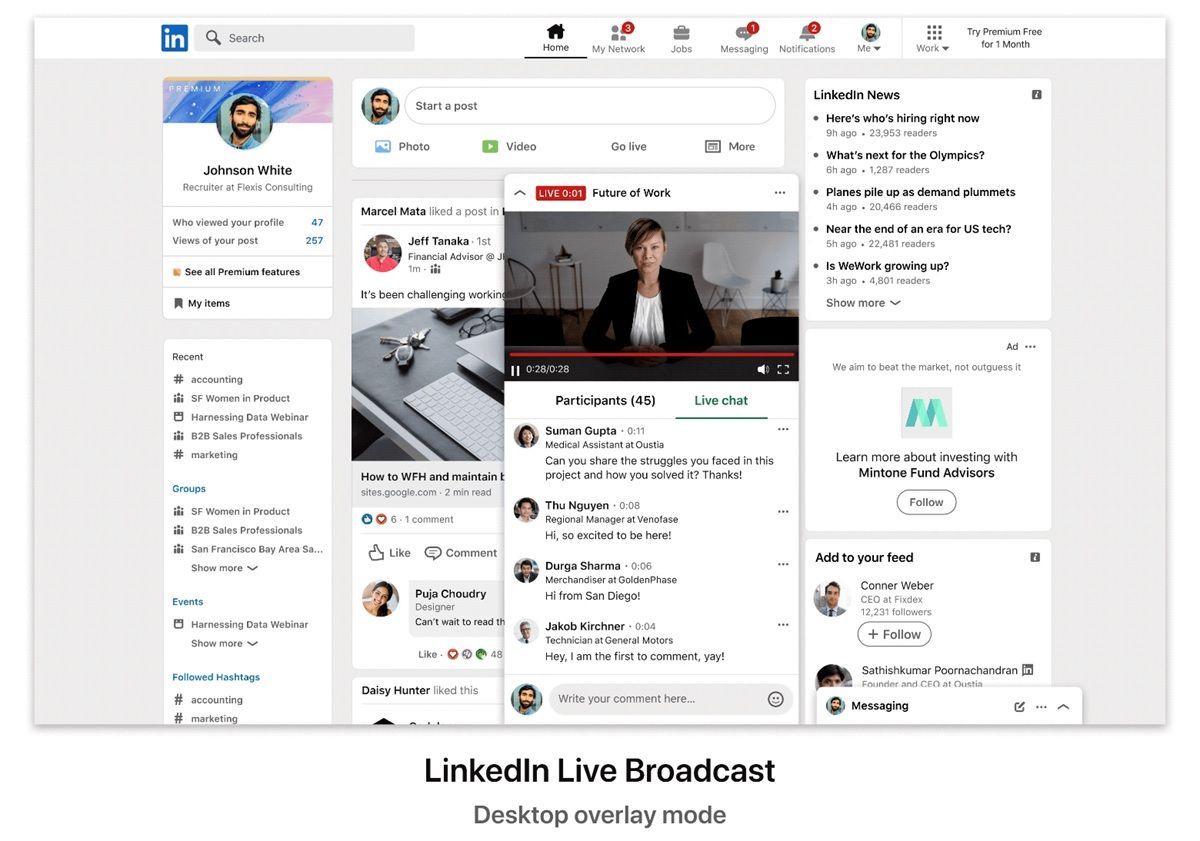 It is worth noting that we still do not know exactly how many people will be able to participate simultaneously in these events, as the platform has not revealed it. They have only said that users will be able to participate in live conversations, join the speakers “on stage” and establish connections with other participants in the event after the event ends so that they can contact each other calmly.

These events will be 100% integrated into the LinkedIn platform (you won’t have to download another app or leave the page). And unlike other platforms with audio chat capabilities, like Twitter’s Spaces, LinkedIn doesn’t plan to include paid events where organizers might charge for access.

These events will be coming to the platform in the coming months , so stay tuned to be one of the first to try them out.