Already in 2018 we talked about LG’s failure in the mobile market until finally last year it was confirmed that LG stops selling mobile phones to avoid further losses. The South Korean company left several projects in the air, such as the ambitious series of mobile phones with a rotating screen LG Wing or its surprising smartphone with a roll-up screen. Unlike the LG Wing, the latter never went on the market despite the fact that it was known to be real and its launch was scheduled for 2021.

Luckily, a Korean youtuber has just published a video as a review where we can see the LG Rollable in all its splendor . How did you get it? Well, in order not to throw away all the work, LG sold the LG Rollables that they manufactured to their employees , so it is very likely that the youtuber bought it second-hand or borrowed it from an LG employee. Be that as it may, we leave you the video so you can see it with your own eyes.

This is the LG Rollable: the mythical LG rollable mobile that was never sold to the public

As a complement to the video, let us tell you that these are the specifications of the LG Rollable:

An interesting detail that we want to mention is that the LG Rollable does not have physical Power and volume buttons . Instead, it offers a touch panel on the left side that allows the user to turn on the screen and adjust the volume.

Also, it should be noted that the mobile screen winding / unwinding system is activated intuitively by making a gesture with two fingers towards the side to which the screen will be extended or compressed . The coolest thing is that as the LG Rollable transitions, its user interface and even the wallpaper automatically adjust to the change in shape. 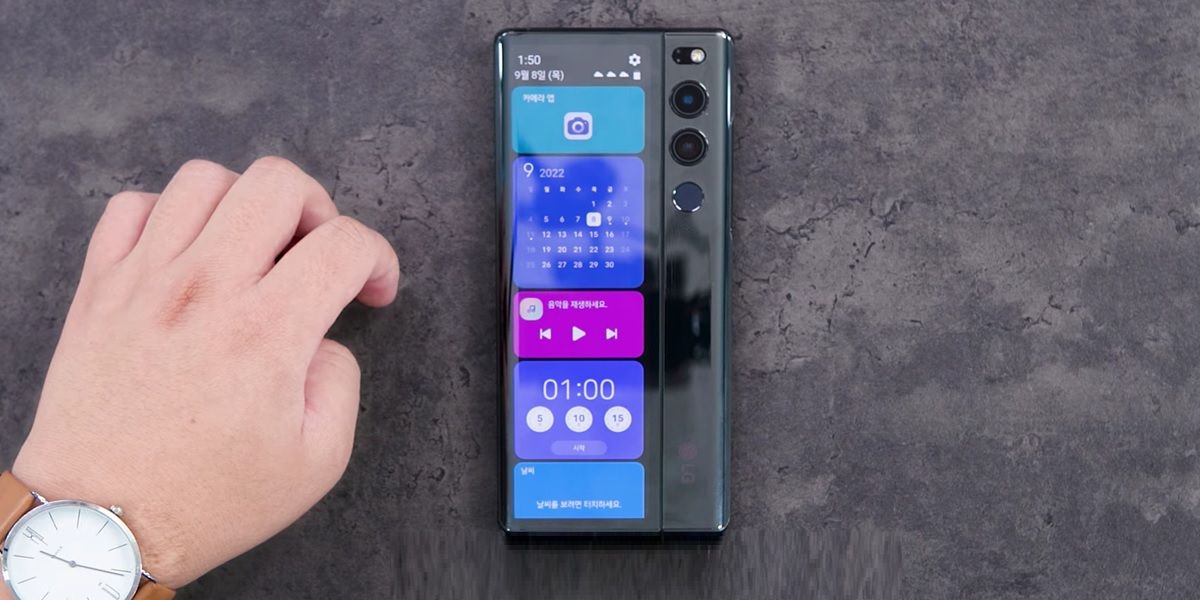 Also, based on what we can see in the video, applications like YouTube seem to be well adapted to this change in form. Of course, the LG Rollable is not perfect. In the video it is commented that the screen is not completely smooth and that it has a reflection problem . Either way, it’s a shame that this smartphone hasn’t made it to market despite its possible flaws. Even so, we are sure that some manufacturer will not let this great idea of LG die and will continue with its legacy.