Everything indicates that Instagram is working on a possibility much desired by the community: freely reorder profile photos , so that they will be displayed in the order we prefer, instead of placing the most recent first.

Recently, the chronological timeline of Instagram began to be recovered, which gives the option of seeing the latest publications first, without the algorithm prioritizing those it considers most important. Well, the option to reorder profile posts points in just the opposite direction.

Each user will be able to rearrange the photos that appear on their profile, below the bio text , according to their preferences. In this way, the most relevant ones can be put first at all times, and for those who decide to make a collage on Instagram using the profile photos, it will be easier for it to be well adjusted.

This novelty has been revealed on Twitter by the engineer Alessandro Paluzzi, who had previously discovered other functions in development. For now it can only be seen by accessing the internal code, but an “Edit grid” or “Edit grid” button already appears on Instagram: 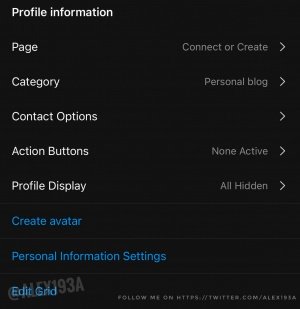 Then we can move the profile photos by dragging them , to place them higher or lower according to our preferences. A reordering system that should be quick and easy to use: 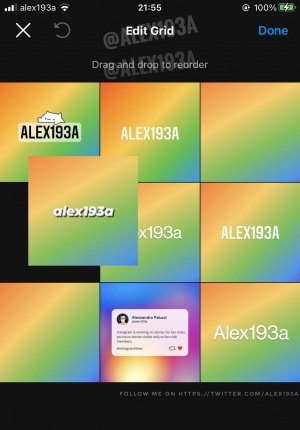 Unfortunately, we do not know the release date of the option to reorder profile photos. In fact, there is a risk that this feature will be canceled if it does not pass Instagram’s internal tests, although the vast majority of new features that are located in the application code end up being released sooner or later.

During 2021, it was finally possible to put links in Instagram Stories without restrictions, something that we already took for granted that the social network would never accept, so reordering the profile photos is a much smaller improvement.

Users concerned about their public image will want to rearrange Instagram profile photos to make a better first impression, and it will also serve brands to make their “storefront” on the social network easier to design.