We are going to know what possible news Xiaomi can have prepared for us for 2022 in the form of devices and other kinds of things, so you can get an idea of what the Chinese manufacturer may be planning to launch during these next few months.

The possible novelties would not focus only on mobile phones or tablets , for example, but on improving certain aspects significantly, launching a new operating system and other similar things, so then you will not only know likely mobile launches.

2022 has just begun, it is certain that we will see more than one new Xiaomi terminal to start the year well, although it will not be from the old Mi range that has now seen the word “Mi” removed from its name, we saw it with the new ones Xiaomi 12, Xiaomi 12X and Xiaomi 12 Pro.

In this 2022 we will almost certainly meet the new members of the Redmi 10 family , which should be the Redmi 10A and the Redmi 10C , devices that would arrive with modest hardware, but at a cost to maintain a low price as we are used to.

Right now any user can purchase the Redmi 9C and Redmi 9A, so the renewal of these two terminals would go through the presentation of the Redmi 10C and Redmi 10A and that they should equip a renewed and better hardware , although with a similar price that should not go beyond € 150.

Perhaps we can also see a Redmi 10 2022 because we remember that we already have a Redmi 10 since October, so this version of 2022 would be a renewal, not only internally but also with some design change as we already saw in the new ones. Xiaomi 12.

One of the mobiles that have seen the most leaks in the last months of 2021 was about Poco F4 GT , one of the phones in the Poco F4 range, which will probably also see the light at some point in 2022 under this name, Well, in China they have another name.

When it arrives it will replace the current Poco F3 GT, a very attractive gaming mobile with good quality / price . This phone is expected to have important new features, both internally in hardware and in terms of design or exterior appearance. Besides, we could also see the Poco F4 and some others.

In this case, we are going to talk about mobiles that have already been presented, but not in Spain, but officially in China and they are the new Xiaomi 12 that we recently met, a new range of mobile devices made up of the Xiaomi 12, Xiaomi 12X and the Xiaomi 12 Pro .

Its presentation took place in China and during 2022, we suppose that during those first 3 months of the year we will see the new Xiaomi 12 officially in Spain and other countries, which will mean that they will be put on sale shortly after in different physical and online stores ( Amazon, Fnac, etc.).

Possible flip phones outside of China

2022 could be the year that Xiaomi would be planning to bring its folding phones to the international market , which would include Spain and many other countries. The truth is that we already met the Xiaomi Mi Mix Fold for some time, but it is not available to buy.

We saw it in March 2021, a powerful and elegant folding that opens and closes like a book, a device also with a very high price whose most advanced version in RAM configuration and internal space would surely exceed € 2,000 if it arrived. to Spain.

What is certain is the official arrival of MIUI Home in 2022 , a new operating system for a series of very specific devices. It will be Xiaomi’s smart speaker system , which transforms these gadgets into authentic smart home control centers.

It comes to compete with the systems that Google or even Apple have for their home devices. It will be like the system that interconnects all types of Xiaomi device that contains a screen . It will be based on Android, although with certain additional features designed to control home automation and more.

Deployment of MIUI 13 to more devices

MIUI 13 , which was officially presented on December 28 alongside the Xiaomi 12, should begin to progressively roll out and reach other terminals in the coming weeks, so the global version of the customization layer could start arriving shortly.

There is a list of mobiles that will update to MIUI 13, surely this will be expanded over the next few months, but for now, the Xiaomi 12 already comes as standard with Android 12. The novelty in this case is to see how each More and more Xiaomi phones would update to MIUI 13 .

Launch of the Xiaomi Pad 5 Pro? 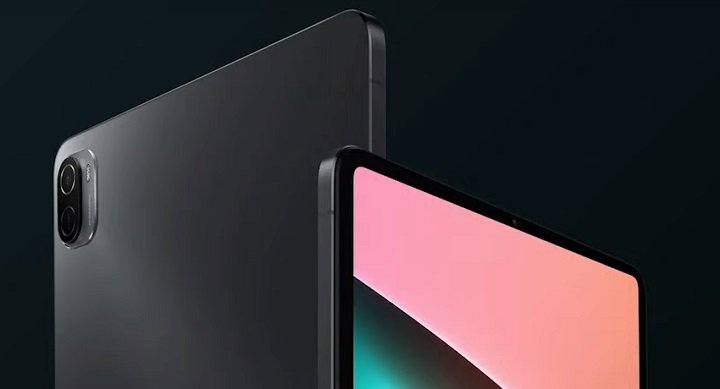 Although at the time the new Xiaomi Pad 5 and the Pad 5 Pro were launched, the truth is that officially only the Xiaomi Pad 5 arrived in Spain, that is, the “normal” version and the question now lies in whether the manufacturer will finally make The Pro modality will arrive throughout the year 2022.

The Xiaomi Pad 5 is more enough for most users, but the Xiaomi Pad 5 Pro improves some aspects that may be those small details that the user needs to definitely buy this tablet. There is no official information, so we do not know if it will reach Spain and other countries.

In short, it means that, during some time in the first 3 months of 2022, and then the remaining mobiles will be launched later. Once launched, they would automatically become the phones that would replace the Poco X3, X3 NFC, X3 Pro and X3 GT.

We have already seen fast charging in many mobiles and it is a very interesting parameter that allows users to charge their phones quickly to enjoy them much sooner. But it is that Xiaomi has been working since mid-2021 on a superfast charge called HyperCharge .

We are talking about the fact that in 2022 you could see high-end Xiaomi phones with fast charging of up to 200 W , something unthinkable today. That would mean charging a 4,000 mAh battery from 0 to 100% in less than 10 minutes.

This carries a very important work behind whose results are not seen overnight, so it could still take some time to see this technology implemented and 2 022 it seems that it will be the year of these loads at high speeds , especially, taking into account that the tests carried out by Xiaomi were on a terminal that is already on the market.

During last December 2021 we already talked about how Xiaomi is finalizing the details of a new television service for its televisions in Spain, it will be called Xiaomi Mi TV + and it will be a streaming channel service similar to Pluto TV or even Plex TV .

Samsung already offers TV Plus and it will be something very similar to this, although it will have as its main drawback that you can only enjoy this platform on a Xiaomi TV . Catalog and other details are still unknown, but 2022 will be the date on which we will see Xiaomi Mi TV +.

A very complete 2022 of Xiaomi news awaits us, many of them will be fulfilled and others will have to be seen if they end up being outlined over the next few weeks and months, but it is almost possible that everything we have told you will see the light before or later during 2022.